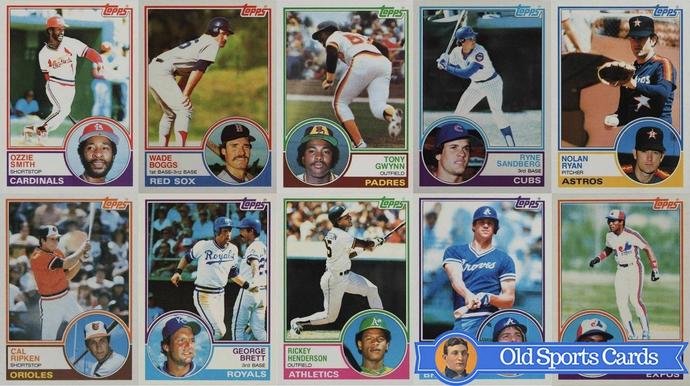 The 1983 Topps baseball card set is one of my favorites of the 1980s for three reasons:

As Fleer and Donruss had entered the market a couple years earlier, you could clearly see that Topps was trying to step up its game to hold off its competitors.

There's just so much to love about this set as it was one of the last sets produced before the "Junk Era" was underway later that decade.

Like the 1983 Donruss and Fleer sets, large print runs saturated the market with these cards, driving down their values.

Along with those of Wade Boggs and Ryne Sandberg, the 1983 Topps Tony Gwynn rookie card is one of the most important and iconic baseball cards of the 1980's.

Sure, Gwynn was one of the greatest hitters who ever played with 8 batting titles to his name, but why are collectors willing to pay so much for this card in top grade?

Back in 1983, the bubble in the baseball card market had already started to form as Donruss and Fleer had both entered the market in 1981 and all three companies started to boost production.

However, print quantities of 1983 Topps weren't at the same levels they were by the late 80s and early 90s.

Nor did as many pristine examples survive as centering and print bubbles were always tough challenges with this set.

For example, as of this writing there are 640 examples of Gwynn's Topps rookie card that achieved PSA 10 grade status while there are nearly 12,000 examples of Ken Griffey Jr.'s 1989 Topps Traded rookie graded in PSA 10 holders. 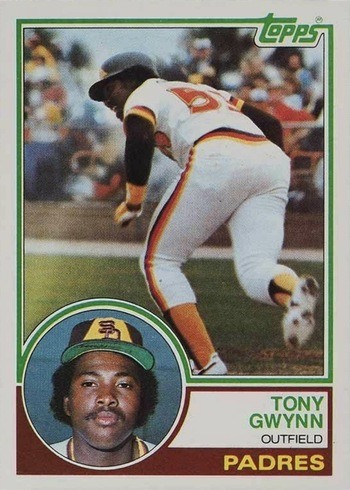 Like Gwynn, Wade Boggs was no slouch himself when it came to winning batting titles as he'd rack up 5 over his career.

I still remember when he did the unthinkable when he left the Red Sox after the 1992 season to sign with their hated arch rivals in New York.

Boggs was extremely productive in Yankee pinstripes and even won a World Series with them in 1996 so I guess it all worked out for him.

As one of the game's all-time greats in batting average and OBP, if you were an opposing pitcher then Boggs was one of the last guys you wanted to face. Growing up in central Indiana, Sandberg was one of the players I was able to watch most frequently and I remember being amazed at his ability to hit for power as a second baseman.

He'd go on to win 7 Silver Sluggers over his career.

And he was also a fantastic fielder (although in recent years his defensive ability has come into question) as he won 9 consecutive Gold Gloves during one stretch of his career.

Sandberg's status as a Hall of Famer and one of the most beloved Cubs of all-time keeps demand for high grade specimens of his rookie card at lofty price levels. Next on the list is Rickey Henderson's All-Star card of which, as of this writing, there are only 8 copies on record that have been graded in PSA 10 condition.

Typically, collectors will find a player's base card more desirable than his All-Star card.

However, the relative scarcity of his All-Star card in top grade is what keeps it at such a high price level compared to his base card when you consider there are plenty of both Rickey Henderson collectors and 1983 Topps set builders wanting it. 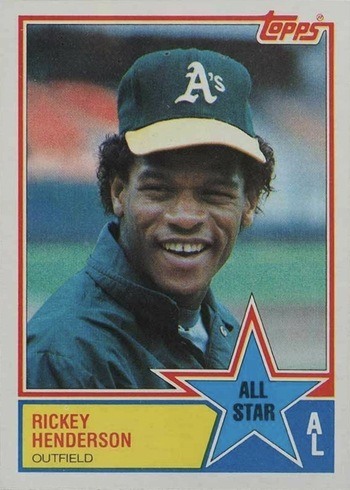 Speaking of legendary pitchers, this next guy needs no introduction.

It doesn't matter what set you're talking about, Nolan Ryan is almost always going to be one of the most desirable cards within it.

While I do like the overall design of this set with its nod to the 1963 Topps set, I always wished they would've come up with a better image to use.

Ryan looks to be signaling to his catcher that he's about ready to throw a fastball, so it would've been worth the small wait to snap a shot of him throwing it.

It's hard to complain too much about any Nolan Ryan card, though, and that retro Astros jersey and overall color scheme of the card help to maintain strong eye appeal. 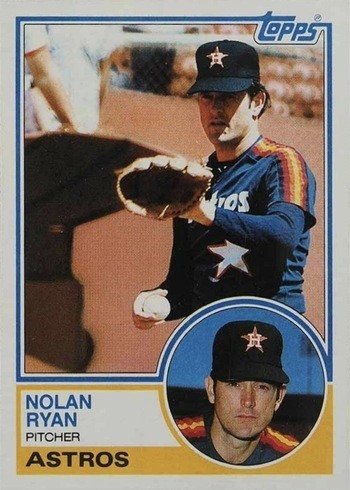 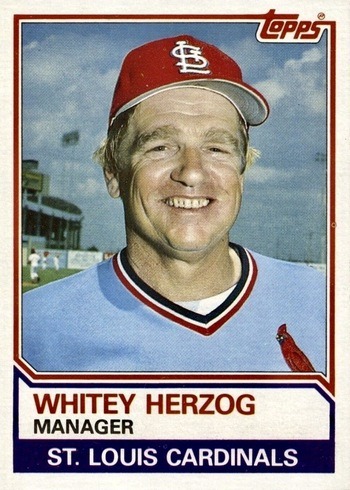 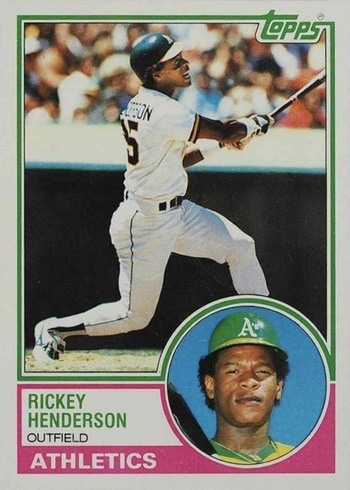 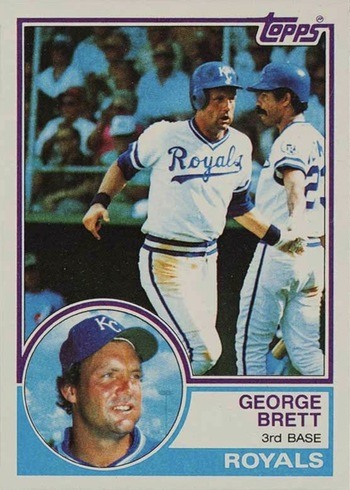 Cal Ripken Jr.'s second-year issue rounds out our list and can be had for around $75 in PSA 10 condition.

I've always loved the look and feel of this card with its color scheme and fantastic action shot of a young Ripken knocking one into play.

Ripken wasted no time building his Hall of Fame resume after winning Rookie of the Year honors in 1982 and following that up with a World Series title and MVP award in 1983.

Arguably the greatest shortstop to ever play the game, Ripken had a brilliant career and he was always one of my favorites to watch as a kid. 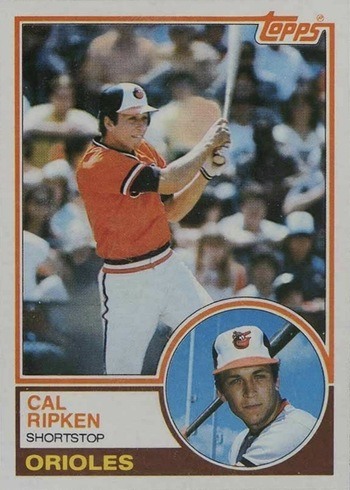 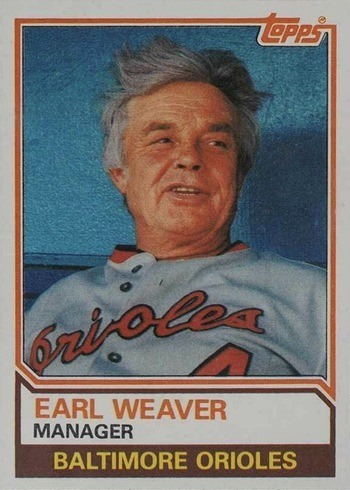 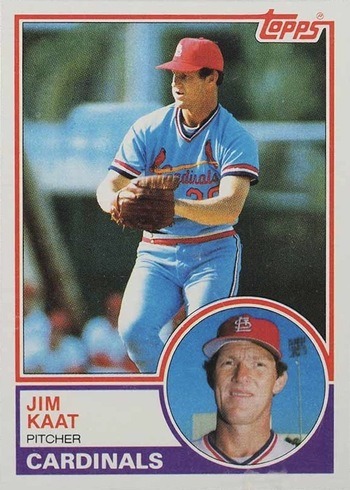 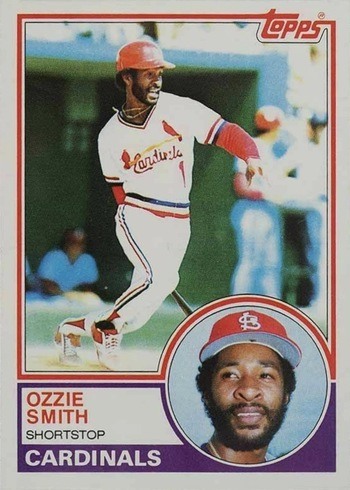 The 1983 season would be legendary knuckleballer Phil Niekro's last with the Braves, the team with which he amassed 268 of his 318 career wins.

"Knucksie" is one of the most interesting players in the history of the game, in my opinion.

A few key facts that I've always liked are: 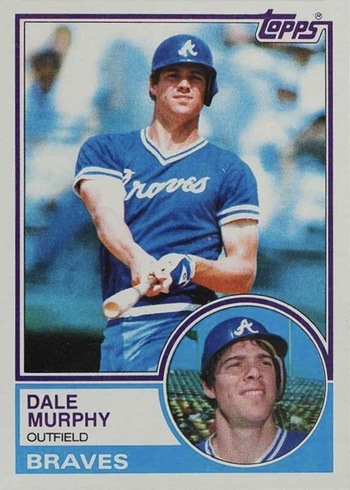 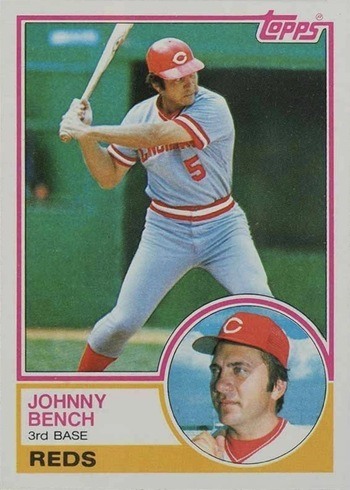 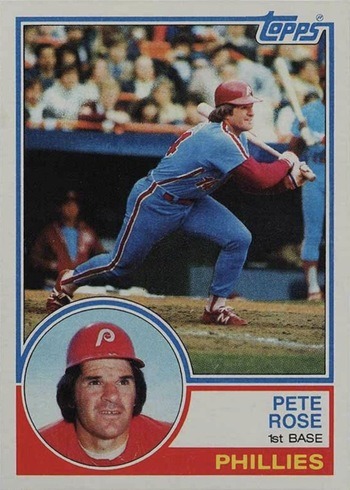 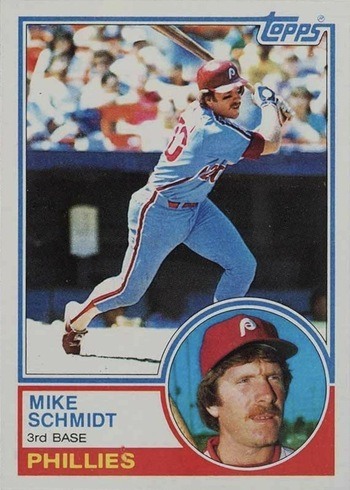 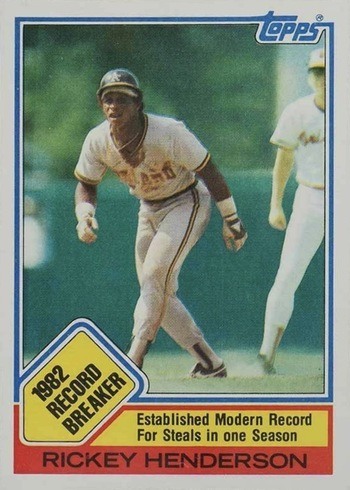 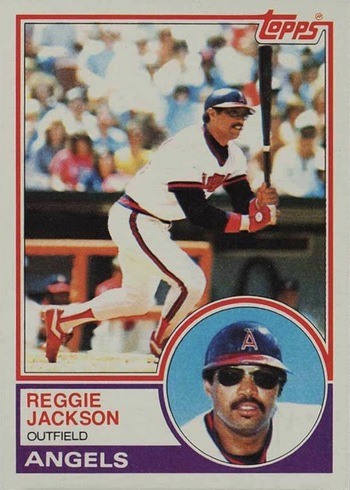 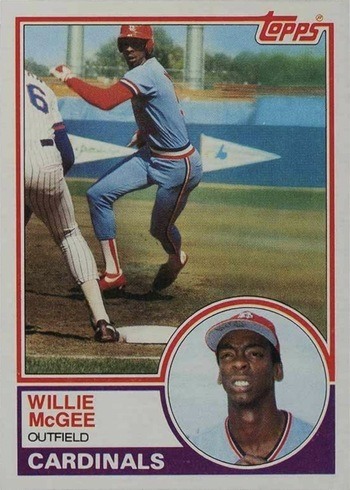 Gary Gaetti is one of the most beloved Minnesota Twins of all-time as he had a fantastic stretch with them from 1981-1990.

He'd pick up a World Series ring with them in 1987 and would have had another with them had he been around for their 1991 World series run.

Although he was an extremely productive player with 2 All-Star appearances, 4 Gold Gloves, and 1 Silver Slugger award to his name, Gaetti never quite put up the stats to be voted into the Hall of Fame.

Speaking of stats, though, one of the more interesting things about Gaettit is that his 360 career home runs rank him between two Yankee greats in Joe Dimaggio (361) and Yogi Berra (358). 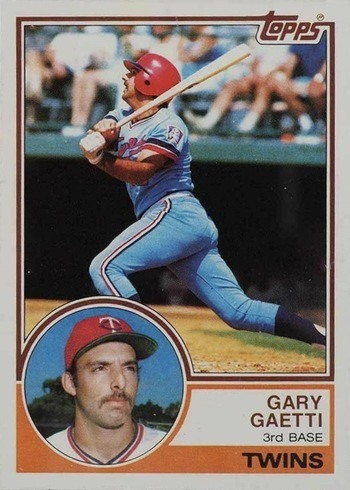 As you can see, there are several cards in this set whose values in top grade have held up quite well over time.

Many people think that cards from the 1980s are worthless but that's clearly not the case if you consider those graded in PSA 10 condition. 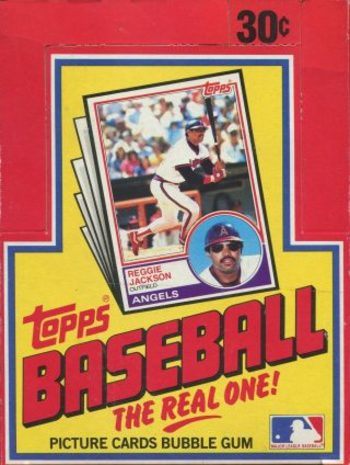 And regardless of monetary value, the nostalgic factor of this 792-card set is huge as there are just so many stars and Hall of Famers included.

Included in the set were also several different subsets, including:

Overall, the 1983 Topps series is a great set with a fantastic design that offered collectors plenty to enjoy.