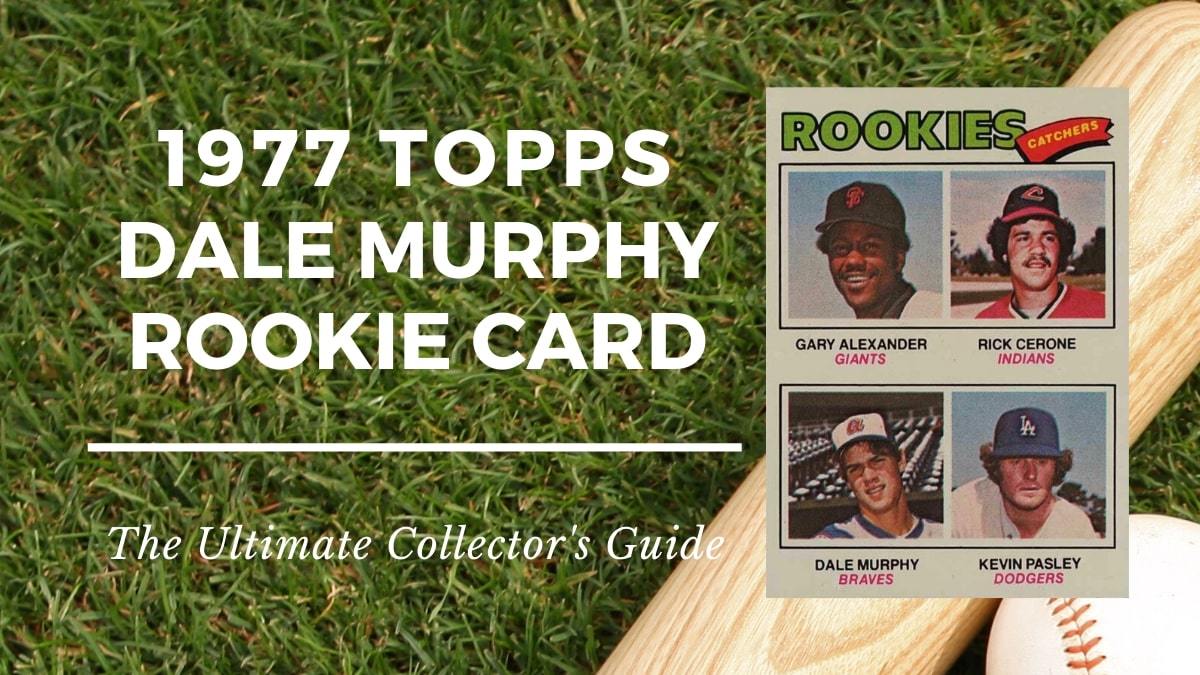 The Dale Murphy rookie card is one of the biggest rookie cards of the 1970s despite his omission from the Hall of Fame.

Simply put, Murphy is one of the most beloved players of his era and the value of this card proves it.

Known as a clean-cut guy, Murphy was one of the biggest stars of the 1980s making the All-Star team seven times, being named league MVP twice, and bringing so much joy to Braves fans everywhere.

In this guide, we take a detailed look at his rookie card and cover everything you need to know before buying or selling.

One of the first questions that is always asked about this card is: how much is it worth?

The value of a Dale Murphy rookie card will vary between $1 and $1,200 depending on its condition and whether it has been professionally graded.

That large range in value shows how drastically condition and professional grading can affect the value of sports cards.

For a card to be graded in pristine condition, companies like SGC and PSA will review the card under magnification to look for the tiniest of flaws.

Pristine cards will be in pack-fresh condition with great centering, sharp corners, and no surface damage.

Because of their relative scarcity, collectors will pay huge price premiums for flawless specimens of this card.​

Below, you can see the value in different conditions graded by PSA on a 1-10 scale.

Distinction: While he spent the majority of his career in the outfield, Murphy made his debut behind home plate as a catcher.

This card is Murphy's only recognized mainstream rookie card and one of the keys to the set alongside the Andre Dawson rookie card and base cards of legends like Nolan Ryan, Thurman Munson and Tom Seaver.

O-Pee-Chee produced a set in 1977, as well, but Murphy's rookie was not included in the checklist.

Nor was Murphy featured on any Hostess or Kellogg's cards that year either.

Gary Alexander spent 7 years in the Majors and had a few decent years along the way.

Rick Cerone played for 18 years with 8 different teams once finishing as high as 7th in MVP voting for the 1980 season.

Kevin Pasley appeared in only 55 between his time with the Dodgers and Mariners.

As a two-time MVP and seven-time All-Star, Murphy stands out from the pack. Reverse Side: Printed horizontally, the reverse side features each player's personal information across a large, green billboard.

Topps also lists the draft position of each player and how he was acquired, which adds a nice touch. 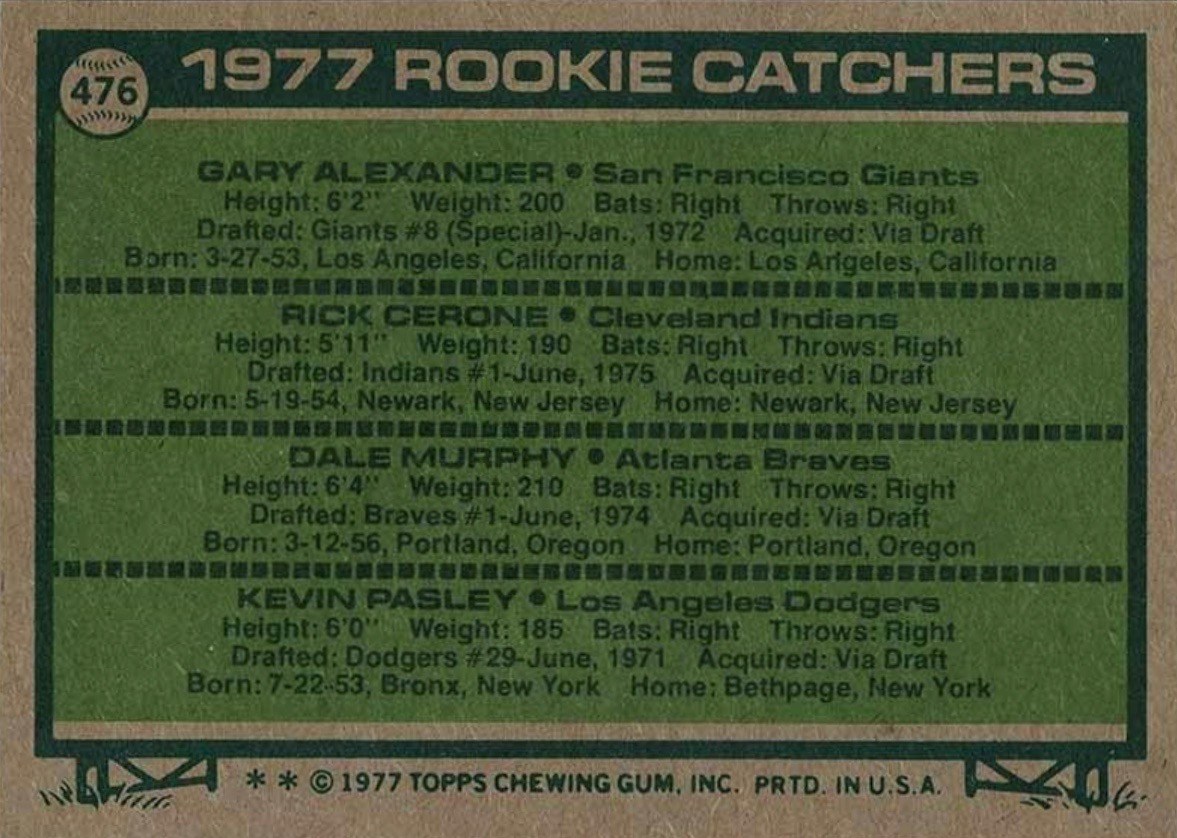 Condition Issues: Centering is the biggest challenge with this card and others in the set.

Print marks can also be a nuisance from time to time.

Oddly enough, Murphy again appeared on a Rookie Catchers card in the 1978 Topps set with a group of players who were an All-Star at one time or another during their careers.

Lance Parrish was especially great as he was an eight-time All-Star and won several Gold Gloves and Silver Sluggers. This second year Murphy card can also be quite valuable in PSA 10 condition and likely gets a bit of a boost from Parrish.

Here's a look at its value across different grades:

Murphy was a five-tool star over the majority of his career but never quite compiled the type of resume needed to make it to Cooperstown.

His .265 career batting average certainly hurts his case but his 398 home runs and 2,111 hits weren't quite up to Hall of Fame par either.

Murphy was on the Hall of Fame ballot for 15 years and his voting percentage peaked at 23%, well short of the 75% needed for induction.

Despite that, there aren't too many guys from his era who were more beloved and popular as he was.

Over his storied career, Murphy would achieve the following:

Hall of Fame or not, Murphy is a great example that Cooperstown isn't the only thing that can make a player's rookie card be valuable.