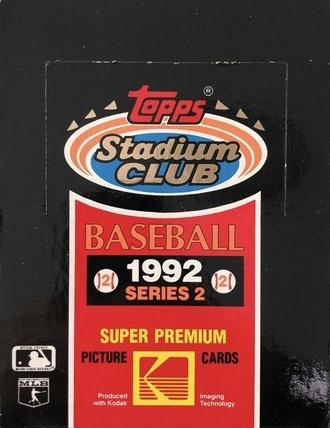 With the hobby demanding higher quality, the 1992 Topps Stadium Club baseball cards answered the call with a stunning design.

Offering brilliant photography, creative imagery, and premium cardstock, Topps ditched borders and used up the entire front of the card to deliver an exciting product.

And they did so using Kodak imaging technology, as it says right on the box…

That was a big deal back then.

Topps had issued a Stadium Club set the year before but many feel their follow-up set was much better.

And in this guide, we’ll take a look at the 15 most valuable. There's no questioning the significance of 1980 Topps baseball cards in hobby history.

This set marked the end of an era in which Topps was the only mainstream company with the MLB's blessing to print baseball cards.

The legal system would clear the way for Donruss and Fleer to enter the market in 1981, sparking a ramp-up in competition that led to an overheated decade of baseball card production.

And they delivered a great set with many stars and Hall of Famers...and one of the biggest rookie cards of the 1980s.

In this guide, I will cover the 15 most valuable in the set. 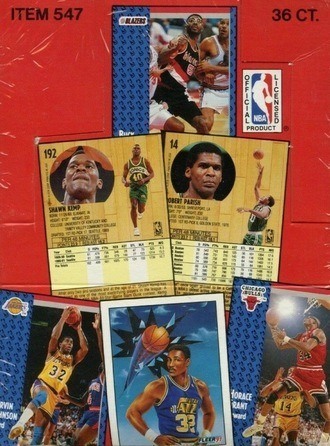 If there’s one thing to say about the 1991 Fleer basketball card set, it’s that it’s loaded with star power and has an unforgettable design.

This was the sixth year in a row that Fleer had produced a basketball card set dating back to its iconic 1986 set release.

As you’ll notice on this list, Fleer wasted no opportunity in capitalizing off of Michael Jordan’s popularity, especially after he was coming off his first NBA Championship the season before.

Overall, this is one of my favorite Fleer basketball sets of the 1990s.

And in this guide, we look at the 15 most valuable the set has to offer. For years, Wade Boggs rookie cards seemed to fly under the radar.

They weren't considered vintage (pre-1980 by most collectors' standards).

And they weren't considered as "junky" as some of the massively overproduced cards of the late 1980s.

They were somewhere in between and were often overlooked.

But things have certainly changed with the resurgence in popularity of key rookie cards of the 1980s.

As a result, Boggs rookies have seen a healthy uptick in attention and value.

His Topps rookie can sell well above $1,000 in top grade...something that used to be unthinkable.

It appears finally that Boggs's rookie cards are getting the attention they deserve.

And this guide, I take a detailed look at each of them one by one.