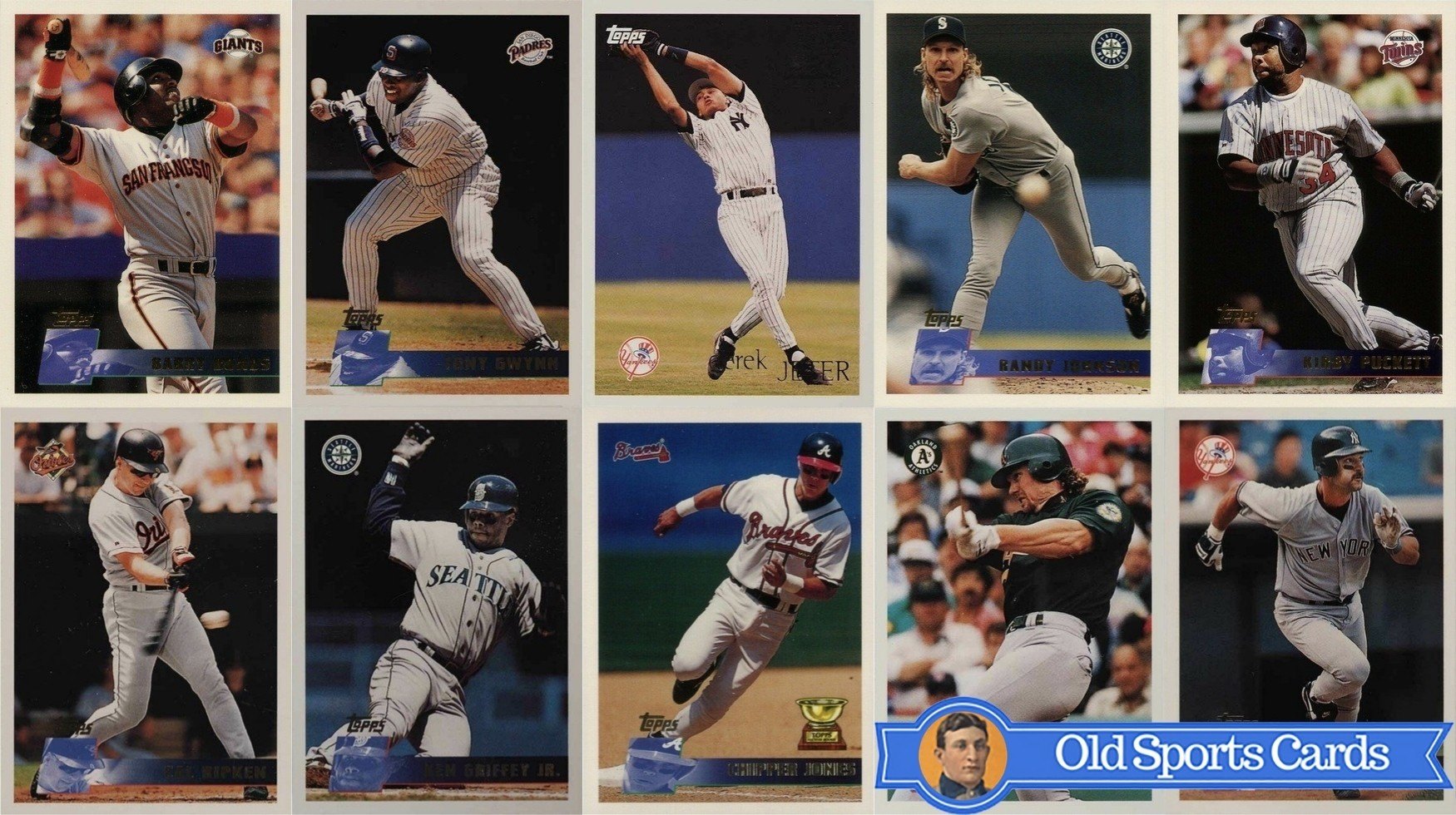 By the time the 1996 Topps baseball card set was released, the hobby bubble of that time had burst.

And the checklist doesn't contain any blockbuster rookie cards.

So, in today's collecting world, this set kind of flies under the radar.

However, that doesn't mean there aren't some great cards in this set...

With youngsters like Derek Jeter and Chipper Jones as well as big Hall of Fame names like Ken Griffey Jr., Cal Ripken Jr. and Rickey Henderson scattered throughout, there is plenty for the hobby purist to enjoy.

And, don't forget, this was the first year that the Topps Chrome brand debuted, giving collectors an additional high-end option to pursue.

But, in this guide, we'll take a look at the fifteen most valuable 1996 Topps cards. 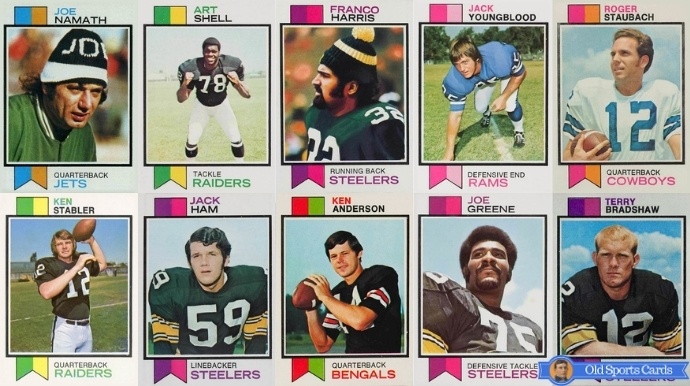 As you look through the 1973 Topps football cards checklist, one thing becomes immediately clear:

There are several fantastic rookie cards to be found within it.

Not only that, there are many big-name stars and Hall of Famers as well.

And for the first time in the hobby, Topps decided to release all 528 cards at once rather than in series, so collectors no longer had to wait to find their favorite players.

Add in some excellent color photography and a simple yet classic design, and this set quickly showed it had plenty to offer. During the crazy market boom of the late 80s and early 90s, collectors ripped through packs of 1986 Donruss baseball cards for one reason:

Don’t get me wrong, there were other decent rookie cards and plenty of Hall of Famers that made this set enjoyable.

But, every collector had their eye on the Canseco rookie.

And, they had their eyes on that black and blue-striped design, too, since it was almost hypnotic in its appearance.

This set brings back so many great memories of a crazy time in the hobby.

And in this guide, we take a look at the 15 most valuable. For the second year in a row, collectors were treated to another "tall boy" design when they tore through packs of 1970 Topps basketball cards.

And plenty of airbrushing and pastel colors, too...

There are 175 cards in the set overall printed across two series, with the premier headliner being the iconic Pete Maravich rookie card.

Several other key rookie cards and plenty of Hall of Famers make this set one of the favorites for many vintage basketball hobbyists.