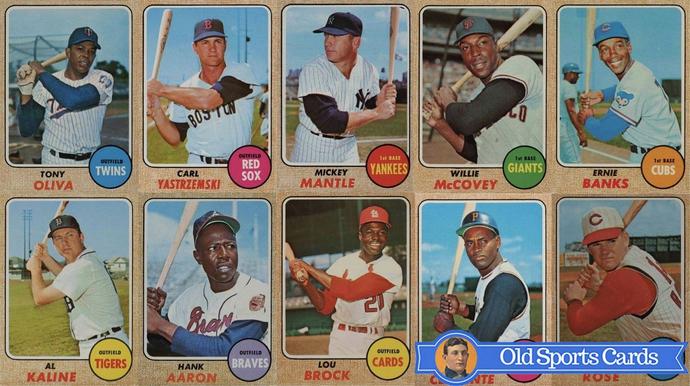 Instantly recognizable due to their burlap-colored borders, the 1968 Topps baseball card set is packed with Hall of Famers and anchored by two key rookie cards.

One of those rookie cards actually sold for well into the six figure range during an auction in 2016...

Many collectors feel that the design of this set is one of Topps' least favorable of the 1960's but personally, I love them.

True, the burlap borders do easily show wear and tear but I think it's always nice to mix things up once in a while and Topps easily accomplished that in this case.

Love them or hate them, this set definitely has its place in the vintage card collecting circle.

The Nolan Ryan rookie card is by far and away the most valuable in the 1968 Topps set.

Collectors often joke that their Jerry Koosman rookie card is the most valuable in the set since Ryan actually shares this card with him.

Koosman may not have had the career Ryan did but he would go on to be named to two All-Star teams and even once finished second in voting for the Cy Young award.

Clearly, Nolan Ryan is the star of this card, which is one of the most valuable and important vintage baseball cards in the hobby. This is a prime example of how the value of a baseball card can be heavily impacted because of a simple variation.

The regular version of this card will show the Giants team name in yellow letters.

However, some examples made it off the printing press with the team name in white letters.

Far fewer white letter variations exist so collectors are willing to pay huge premiums for the card to complete an entire master set.

Though he was not a Hall of Famer, McCormick actually won the Cy Young award for his work in the 1967 season. 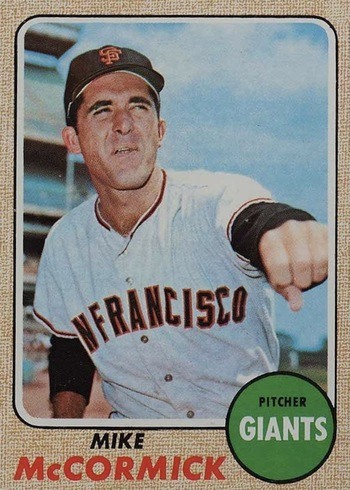 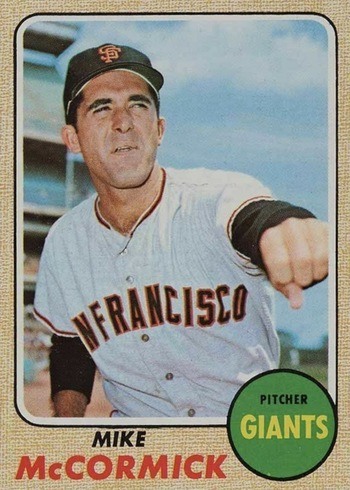 Mickey Mantle cards will always be at or near the top of any list of most desirable cards in any set in which he appeared.

The Mick was larger than life and fans adored the Yankees slugger.

Of all his regular Topps issues, this is his least valuable.

That just shows you how valuable his cards can be when his "cheapest" card is almost at the top of this list.

I've always loved this card as it gives a great shot of Mantle batting lefty with intense concentration in his legendary Yankee pinstripes.

The 1968 season would be Mantle's last as a professional baseball player. The other key rookie card in this set would belong to Johnny Bench.

Bench easily goes down in history as one of the game's all-time greatest catchers but because his popularity didn't quite reach the heights of Nolan Ryan, his rookie card can be had for much less.

The young Bench stares off into the distance wearing a backwards Reds cap on a bright blue day, giving this card a huge amount of character and eye appeal.

Centering can often be a challenge with this card as you'll often find it favoring one or more borders. Willie Mays baseball cards are always among the keys to any set in which he was included since he was arguably one of the top five best baseball players who ever played.

He could hit, field, and run at incredible levels that are rarely seen by themselves, let alone all in one package of a single player.

Mays is shown hoisting a pair of bats over one should and staring off to the left.

I wish Topps would've chose a more exciting shot for such a high profile legend, but it's tough to complain too much about any Mays card...

Mays' offensive production had started to dip during the season before but he was still playing at a high enough level in 1968 to earn his 15th All-Star appearance...in a row. Regardless, his performance on the field was still good enough to land him his 14th All-Star appearance in a row.

Aaron was one of the game's greatest hitters of all-time and he routinely struck fear into the hearts and minds of opposing pitchers. This is a fantastic card depicting three of the game's all-time greats in Harmon Killebrew, Willie Mays and Mickey Mantle.

Between this trio of bombers, they hit a jaw-dropping 1,769 home runs with Mays topping the list:

Had Killebrew played on a larger market team, we would likely hear a lot more about him.

Regardless, he was an amazing baseball player.

That goes for all three of these guys and thankfully, Topps created this wonderful card as a nice tribute to them. Along with Mantle, Mays and Aaron, Roberto Clemente cards are some of the most sought after of the 1950's and 1960's.

This one is no exception.

Donning his Pittsburgh Pirates gear, Clemente stands at bat staring intently off into the distance.

Not enough good things can be said about Clemente.

Not only was he an amazing ball player, his dedication to humanitarian efforts truly place him in another class.

Major League Baseball did well in creating the Roberto Clemente Award which is given annually to the player who "best exemplifies the game of baseball, sportsmanship, community involvement and the individual's contribution to his team." 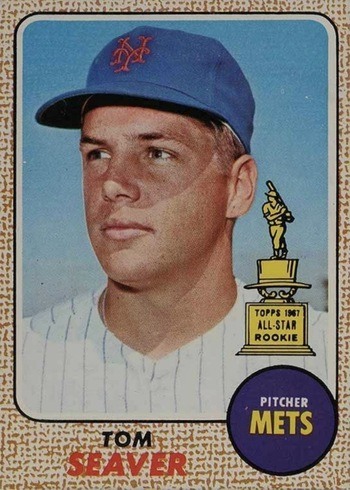 What a great look at Pete Rose standing in a batting pose doing what he did best: getting ready to hit the baseball.

During the 1968 season, Rose would bat .335 which earned him his first of three batting titles throughout his career.

Rose will always be surrounded by controversy due to his involvement in gambling on baseball but you can't argue how good of a hitter he was.

His playing ability keeps his popularity extremely high with players and he's always among the keys to the set.

I love those old cutoff uniforms of that era and Rose's red undershirt mixed with his Reds uniform give this card strong eye appeal. 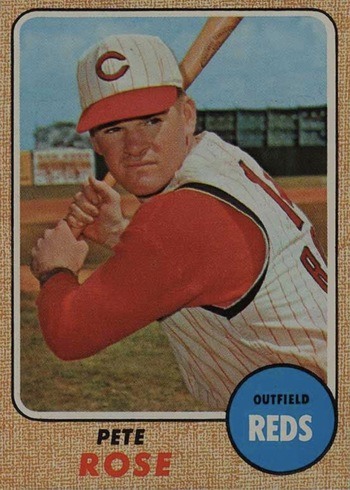 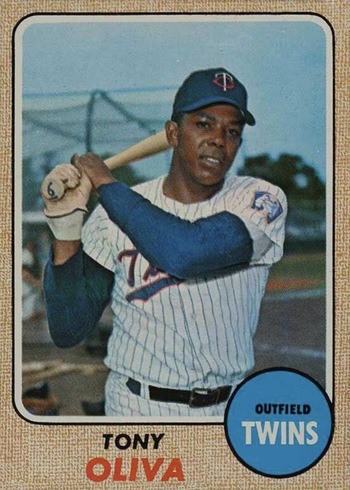 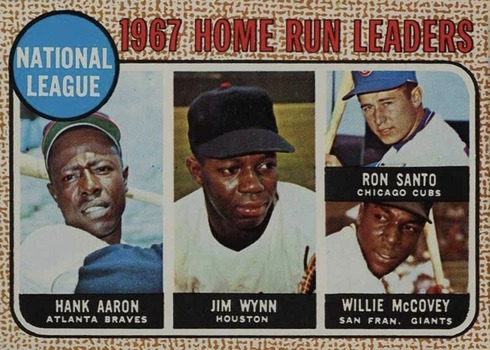 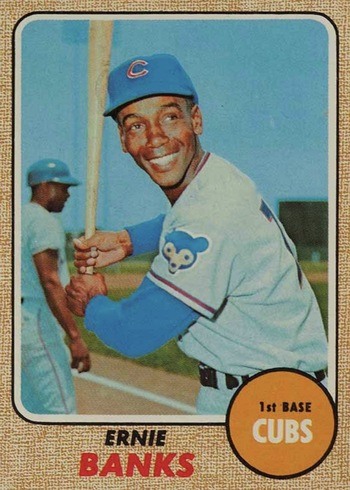 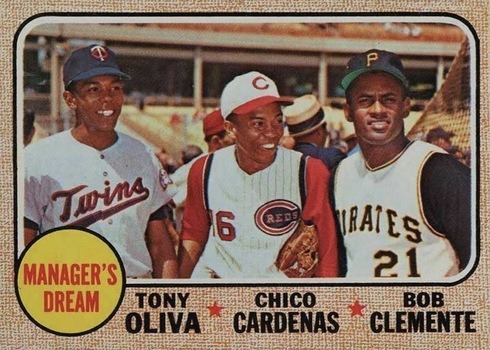 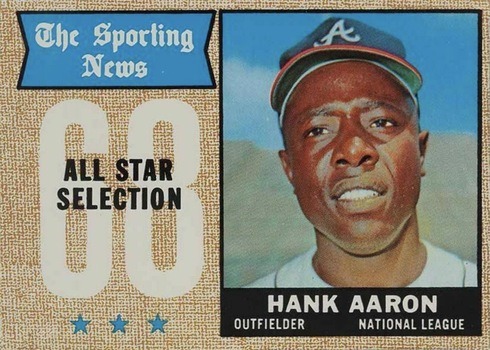 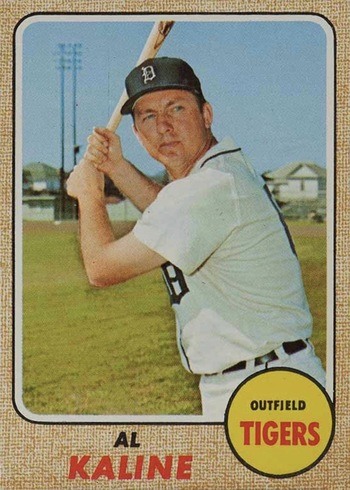 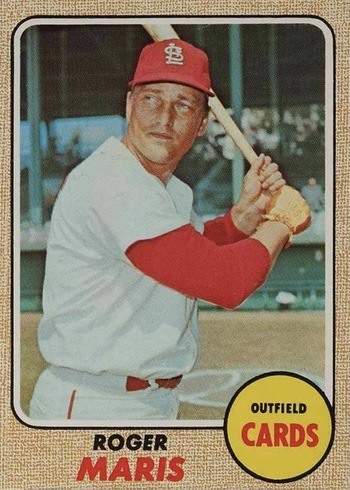 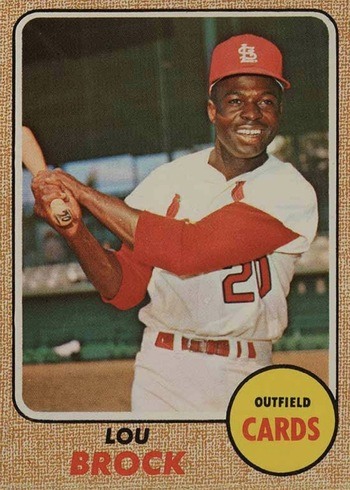 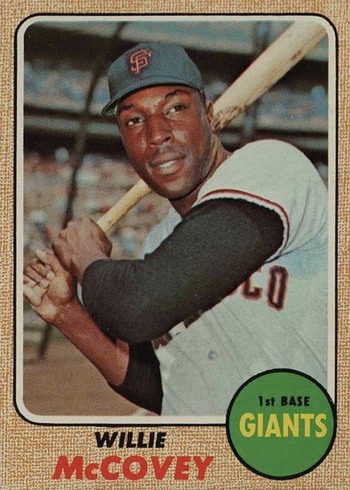 So there you have it, the ten most valuable 1968 Topps baseball cards.

As you can see, this set is loaded with Hall of Famers and stars as well as some great rookie cards and variations.

This set was quite large as it contained a total of 598 cards.

High number cards, those numbered #498 to 598, were printed in smaller quantities and do carry price premiums versus other cards in the set.

While the hobby may have mixed opinions on the aesthetic appeal of this set, there's no doubting that it contains huge star power and great value overall.