Of all the great Topps sets of the 1960s, many collectors would argue that the 1963 Topps baseball cards have one of the most creative and colorful designs.

The large color player images on the fronts complimented by smaller, encircled black and white player images in the lower-right corner are a fantastic one-two punch.

And the rookie card and star power packed within are practically unrivaled by any other set of the decade...

Make no mistake, Topps was putting forth a great effort to deliver a high quality product to help stave off Fleer who released a set of its own in 1963.

There's so much to love about this set and in this guide, I'll run through the ten most valuable.

One of the key rookie cards of the 1960s, the Pete Rose rookie kicks off our list.

Rose may share the space with Pedro Gonzalez, Ken McMullen and Al Weis but he is clearly the star of the show here.

I've always loved the bright colors on this card as they come together quite nicely to give this card some major eye appeal.

Rose may not be a Hall of Famer but that hasn't stopped him from being a legend and collector favorite across the hobby.

Also, the fact that this card belongs to the scarcer high-number Series 7 (cards #523-576) makes it a bit more challenging to find and gives it an added boost in value.

Collectors will pay big bucks for these in high grade and even lower grade specimens are by no means cheap. It's rare to see Mickey Mantle not be the number one card on a given set list but the Rose rookie beats him out in this case.

If I had to pick a favorite Mantle card from the 1960s, it would probably be this one as I'm a huge fan of the 1963 Topps set in general and the eye appeal here is off the charts.

Mantle picked up his third MVP award for his work during the 1962 season but his 1963 season would unfortunately be cut short due to injury and he'd play in just 65 games.

That didn't stop him from making his 16th All-Star appearance, though. Mays was another guy who could do it all and goes down in history as arguably the greatest player who ever lived.

It's difficult to say what the best part of his game was...

His fielding was elite as he made incredible defensive plays like "The Catch" during the 1954 World Series on his way to winning 12 Gold Gloves.

On the base paths he was extremely tough as he'd lead the league in stolen bases 4 times and crossed home plate 2,062 times.

The guy had no weakness... Speaking of guys who could hit for power, next up on our list is none other than "Hammerin' Hank".

Easily one of the greatest hitters of all-time, if not the greatest, Aaron goes down as the career leader in RBI (2,297) and is second in career home runs (755).

And he did that all while turning in a career batting average of .305.

Hank Aaron cards are always desirable year after year and this one is certainly no exception. Sadly, Clemente's life and career were cut short when he died in a plane crash after the 1972 season while on his way to help earthquake victims in Nicaragua.

Major League Baseball later renamed its Commissioner's Award as the Roberto Clemente award and is given annually to the player who "best exemplifies the game of baseball, sportsmanship, community involvement and the individual's contribution to his team".

That tells you all you need to know about who he was both on and off the field.

As a player, Clemente played both offense and defense at an extremely high level as he won 4 batting titles and 12 Gold Gloves over his storied career. Mantle's longtime teammate and fellow Yankee legend, Yogi Berra, would play his last season with the iconic ball club in 1963.

He'd start in just 32 games at the catcher position but had also been helping the team out as a player coach, hence the "C-Coach" designation below his name on this card.

He was clearly on the decline but still performed well enough (and was still loved enough) to be named to his 18th and final All-Star game.

Although his playing days with the Yankees may have ended in 1963, he'd still appear in the 1964 Topps set the following year so this wasn't his last card in a Yankees uniform. It's not too often that you see Koufax's name ahead of guys like Clemente, Mays and Aaron when it comes to 1960s baseball cards.

But, I think his MVP season that year may have something to do with it...

And he absolutely shredded the New York Yankees during the World Series that season as he pitched two complete games giving up only 3 runs and striking out 23.

He won the Cy Young, regular season MVP and World Series MVP that year in one of the finest seasons any pitcher has ever had. 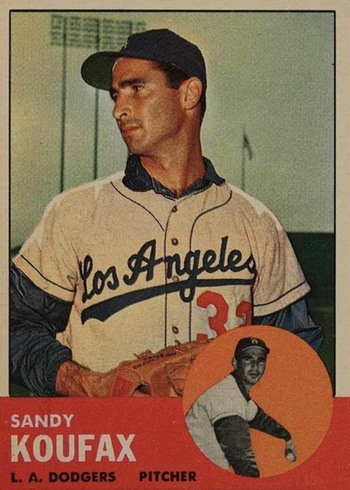 Willie Stargell was hitting tons of home runs in the 1960s but he really started to smash during the 70s.

In fact, no other player hit more home runs than Stargell did as he'd send 296 over the fence by the end of the decade.

His rookie card may not be the hobby icon that Rose's is but as a Hall of Fame rookie card, this is definitely one that is consistently on collectors' want lists.

As card #553, it's also one of the tougher 7th Series high number cards giving it a bit more bump in value. 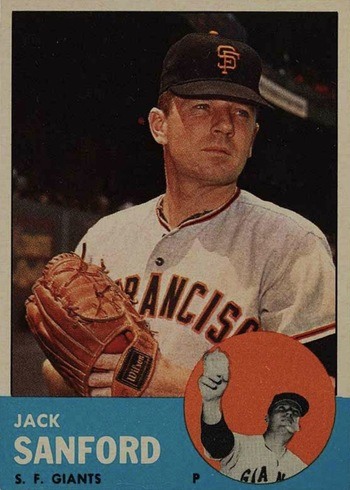 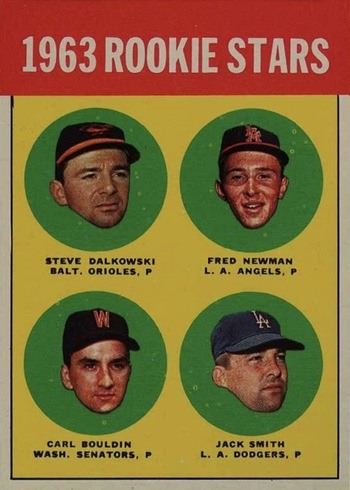 Fresh off being named the Rooke of the Year in 1962, Tom Tresh was featured on the beloved "Bombers' Best" card alongside Mickey Mantle and Bobby Richardson.

It's a fantastic card but I've always wondered why Topps selected these three as the trio to be featured on this card.

Richardson was terrific and Tresh had just won the ROY award but I think the card could have been even better had Maris and Howard been alongside Mantle instead.

Howard been an All-Star for 6 straight seasons and would win the MVP in 1963 (I know Topps couldn't have foreseen that) and Maris had snapped Ruth's singe season home run record back in 1961 and won back-to-back MVPs in 1960 and 1961.

Don't get me wrong, I love the card as-is, I just always love these nuances of the hobby that have created the cards we love today. 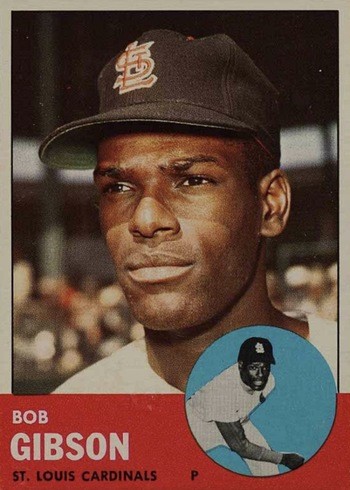 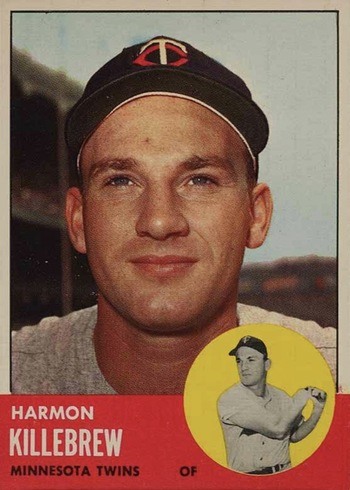 Clearly, there are some fantastic cards in this 576-card checklist.

The bright colors, dual-images on the fronts, and unique design was a perfect way to showcase so many great stars and Hall of Famers of the day.

This one is one of my favorite sets of the 1960s (and of the vintage era in general) and it's always fun to go through them.