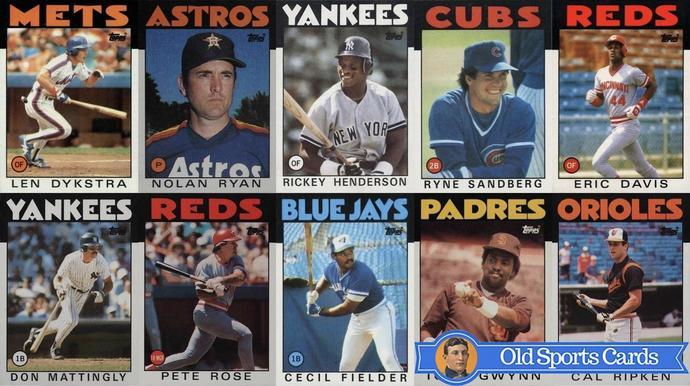 Although, 1986 Topps baseball cards weren't necessarily my favorites as a kid, the nostalgia surrounding them has really grown on me in recent times.

And, I think this is true for many collectors these days...

Back in the day, many collectors didn't care for the design and the set lacked the rookie card power that others in the 1980's had.

But, nowadays, it seems like collectors are becoming quite forgiving to this set and are snatching up PSA 10 examples these cards for hundreds of dollars in some cases.

The prices of some of these cards may surprise you...

And in this guide, we take a look at the 10 most valuable in the set.

Like the 1986 Donruss and Fleer sets, far too many of them were printed and the market is over-saturated with them.

Or, they'd need to be one of the Tiffany versions that were printed on premium quality stock and in much more limited numbers.

Usually I prefer my Nolan Ryan cards to feature an image of the flame thrower blazing one towards home plate.

However, the bright orange Astros team name at the top and that awesome retro Astros jersey that Ryan is wearing help give this card strong eye appeal anyway.

If you throw condition out the window, then this is probably the most desirable and valuable card in the set.

Ryan is always one of the biggest names in any baseball card set in which he appears but his star power helps him stand out a bit more than usual in this one. 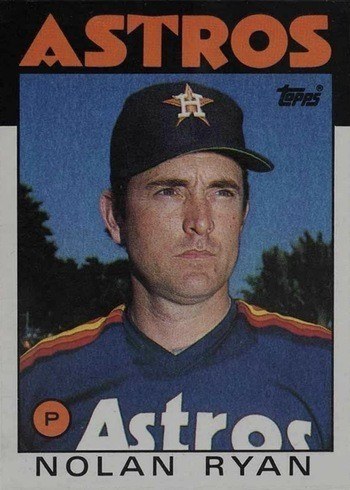 And since Davis was not a Hall of Famer, it may seem odd that his card tops this list when you consider the other players on it.

But it is true... when his card comes up for sale in PSA 10 condition, it typically sells for much higher prices than what you might think.

It's not his rookie card. Nor was 1986 a significant year for the Cincinnati Reds.

The high price tag mostly has to do with the fact that there are currently only three PSA 10 examples of this card in existence as of the time of this writing.

It's a prime example of how baseball card values aren't always just based on the biggest names alone... 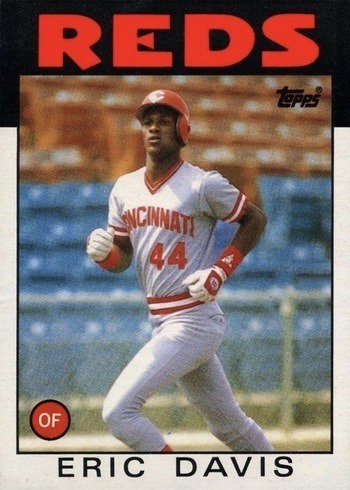 Ryne Sandberg is a Hall of Famer and former MVP so there's no questioning his status as one of the all-time greats.

But it still might be surprising why his 1986 Topps card in PSA 10 condition may be worth more than guys like Nolan Ryan and Rickey Henderson.

His is another case of where scarcity comes into play in a big way as there are currently only seven PSA 10 examples of this card in circulation.

The shock factor isn't quite as strong in this case compared to Eric Davis, however.

This card features a great image of Sandberg with a bright smile on his face.

I'm not a Cubs fan but it would've been nice to see Sandberg get a World Series ring...he was a classy player. 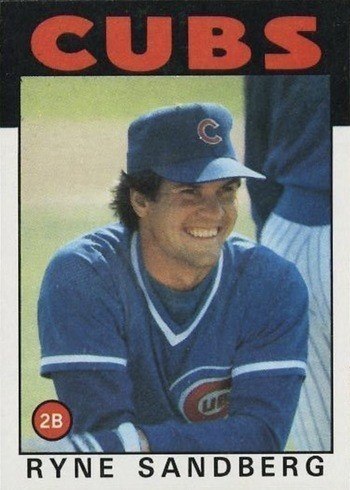 Speaking of great hitters, next on our list is the game's all-time hits leader: Pete Rose.

As controversial as he is, Rose remains one of the game's greatest and most popular players in history.

Known for his extreme dedication and hustle, Rose piled up hit after hit over his career and spearheaded some great ball teams.

Will he ever be inducted into the Hall of Fame?

It's a question that seems to pop up year after year... 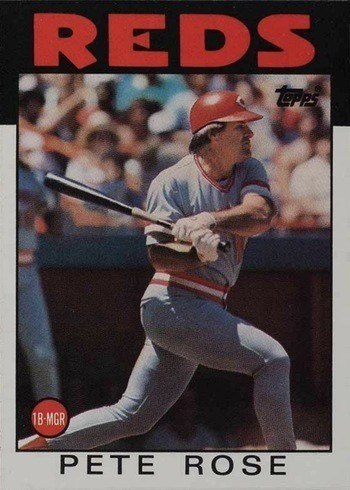 Last but not least, we have one of my favorite players ever: Rickey Henderson.

Yes, he may be famous for speaking in the third person but he's also incredibly famous for his production on the field.

In my opinion, he was one of the most exciting players to watch.

If I had to form the perfect lineup in history, I'd probably want this guy to be my leadoff hitter.

The all-time leader in runs scored and stolen bases is definitely deserving of a spot on this list. 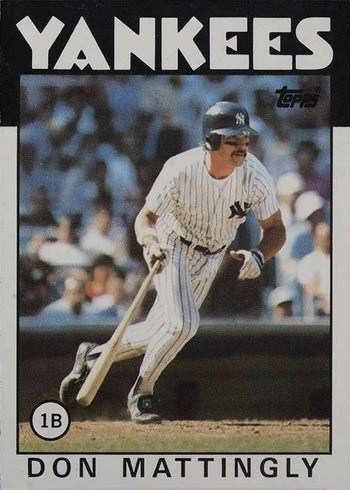 Technically Bonds' rookie card is part of the Topps Traded set but I decided to include it and a couple others from the set on this list given how iconic they are.

The 1986 Topps Traded Tiffany version of Barry Bonds' card can be worth big bucks, as much as $1,250 in PSA condtition.

Of all the cards in this set, I think Bonds' is one of the best-looking and most memorable.

The huge yellow lettering of the Pirates team name across the top paired with that awesome retro Pirates jersey and cap make this card really pop.

Bonds' legacy will forever be shadowed in controversy, but with or without PEDs there is no question he was one of the game's most talented players who ever stepped onto the field.

Had he not been involved with PEDs, there's no doubt he would be a Hall of Famer. 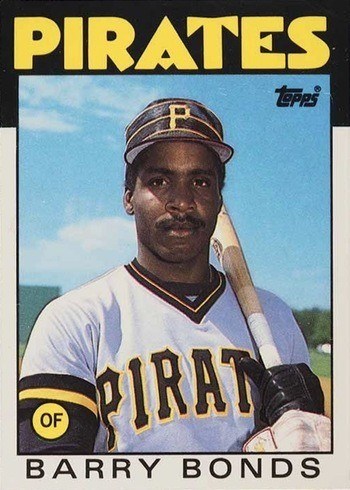 The 1986 Topps Traded Bo Jackson rookie card is his most desirable and most expensive card you can find.

Remember, the Tiffany versions were produced in much smaller quantities and were printed on premium card stock.

Finding them in PSA 10 condition is much tougher, hence the high price tag.

I've always loved this card and it's probably my favorite one in the set overall.

Bo Jackson was huge when I was a kid and his popularity is still quite high to this day. 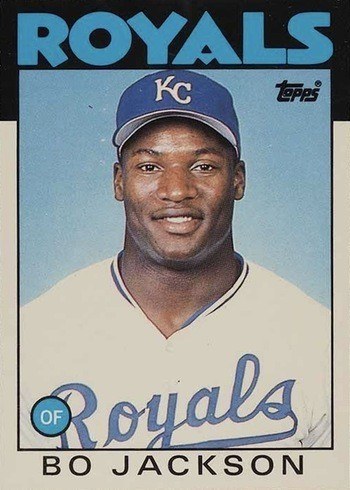 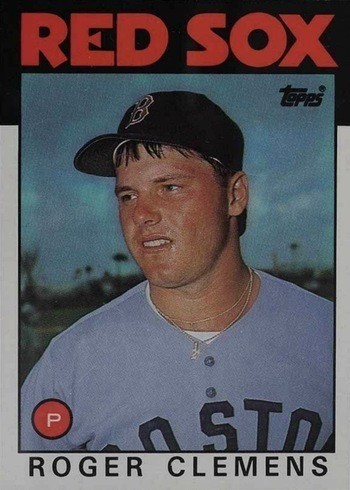 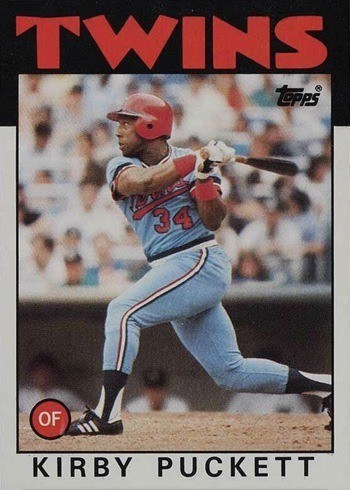 One of the game's all-time greats, I love seeing George Brett on this list.

When people think of Brett, many times that infamous "pine tar incident" during a game against the Yankees in 1983 comes to mind.

But with or without pine tar, Brett was one of the greatest hitting third basemen the game has ever seen.

The three-time batting champion always seemed a lock to hit over .300 and he was always a tough out.

His 1986 Topps card has strong eye appeal with the bright blue Royals team name at the top and that infamous baby blue Royals jersey that Brett is wearing. 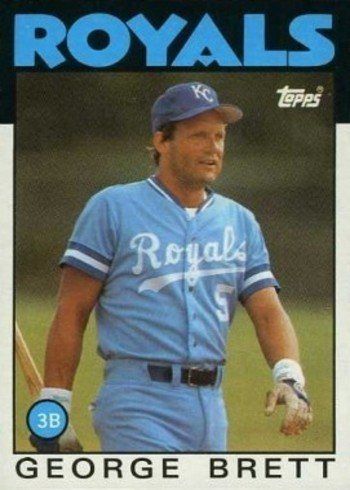 The 1986 season was huge for the New York Mets as they would go on to win the World Series title that year.

On a team that featured Darryl Strawberry and Gary Carter, Hernandez wasn't necessarily their most explosive or powerful hitter.

But he was easily one of their most well-rounded and popular players and would go on to finish fourth in MVP voting that year.

I think this card featuring playing first base is fitting since that was arguably what he was best known for: the guy was a fantastic defender and would win 11 Gold Glove awards over his storied career. 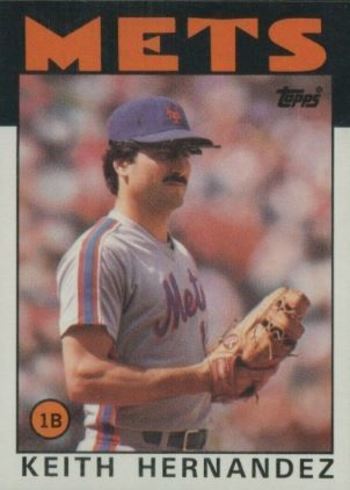 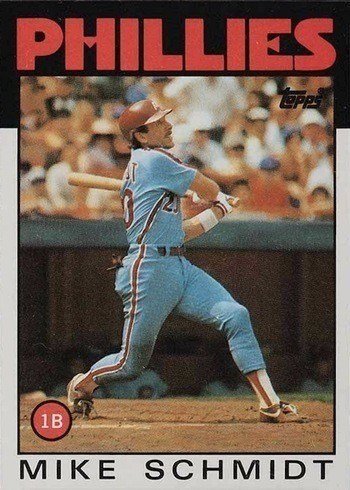 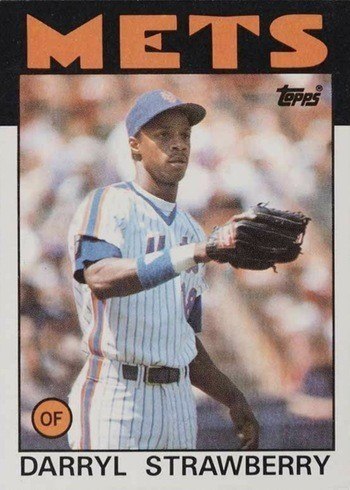 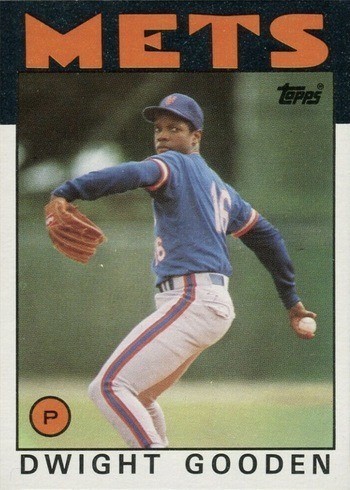 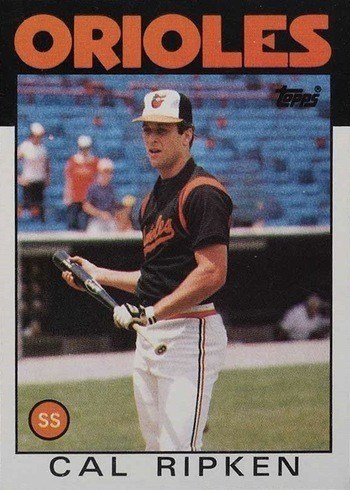 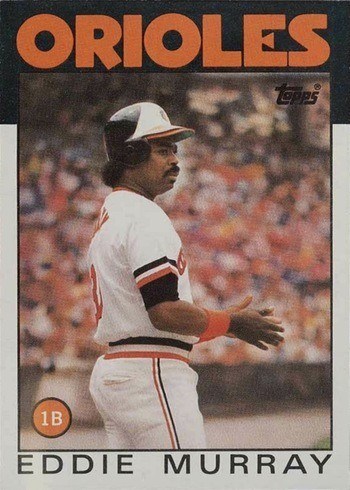 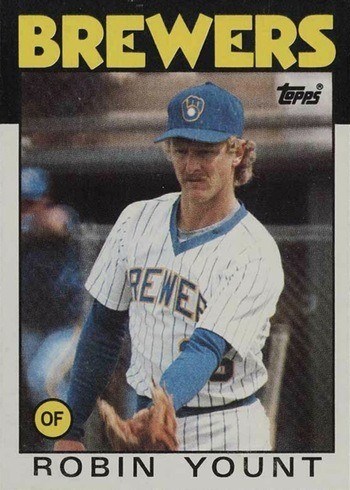 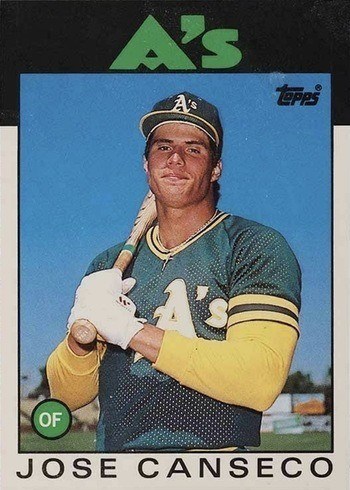 "The Hawk" was one of the biggest names in baseball when I was a kid.

Growing up in central Indiana, there were a ton of Cubs fans in the area and that gave him a huge boost in popularity.

1986 was actually Dawson's last with the Montreal Expos before he was traded to the Cubs in 1987 when he had his monster MVP season.

Dawson always had an intimidating look and presence and you can get a small sense of it here on this card.

Only eight examples of his 1986 Topps card have been given the PSA 10 stamp which does help boost its value a bit more than usual. 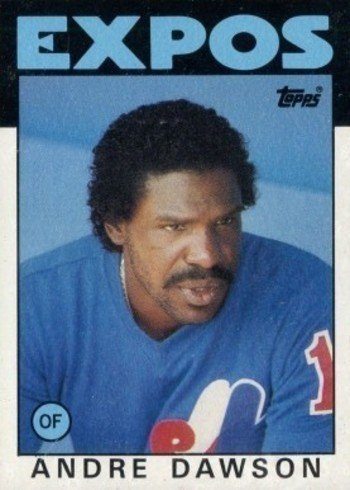 So there you have it, the ten most valuable 1986 Topps baseball cards.

Loaded with Hall of Famers, it will take them being professionally graded in gem mint condition to be worth much. 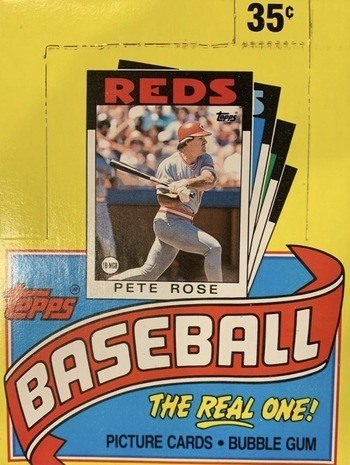 This set was a monster and contained a 792 card checklist in total.

Within the set were also several different inserts and subsets, including:

Some collectors believe this set is one of the ugliest of any Topps ever produced.